It's all about fun

House league is a recreational league intended to develop the fundamentals of the game, fair play, and sportsmanship. It is not a for children interested in high levels of competition.

Please note: Registration for our house league divisions opens in January. Please check our website, or facebook page for any updates.

All games are to a maximum of 7 innings, if time and weather permits. A game stopped due to weather will be considered complete if 3 innings have been finished. Keep warm-ups to a minimum to get innings in.

Any game where a team has less than 7 players at the diamond 15 minutes past the designated start of the game, it will result in the team forfeiting their right to win, teams will balance players and game play will start. If there are not enough players to balance teams the game will be called and players can leave the diamond.

When playing with 7 players the 8th and 9th place in the batting order are not automatic outs.

GPMBA will update the website no later than 4 PM with a rain or weather cancellation, coaches will also receive a test in the even of a cancellation.

Please Note: Coaches are responsible for arranging makeup games and should reschedule within one week.

Base and Pitching Dimensions

If a pitcher throws 4 balls, the coach from the hitting team will side toss to his hitter. Hitters can only reach base by way of hit or error. Current pitch count will not apply. Coach can side toss up to three times.

Please Note: Coach can only toss from foul territory due to safety reasons and not to interfere with the play. Coaches cannot pitch from the mound.

A courtesy runner may be used for catchers when they are on base with 2 outs in an inning for all regular season league games.

Any player on the team is eligible to pitch, and there are no restrictions to the number of pitchers a coach may use in a game.

Pitchers can only pitch to the maximums as per BBAB handbook. According to the handbook a pitcher depending on what age level Bantam can pitch 75-90 pitches and Midget can pitch 80-100

Players cannot pitch and catch in the same game.

A courtesy runner may be used for catchers when they are on base with 2 outs in an inning for all regular season league games.

Baseball Canada rules except where identified for the following:

3rd strike dropped ball The batter becomes a runner when the third strike called by the umpire is not caught, providing (1) first base is unoccupied or (2) first base is occupied with two out.

If on a pitch which is called strike three (whether swung at or not), the catcher does not catch the ball (including if it bounces before he catches it), the batter is not automatically out. He can try to run to first base before the catcher either tags him with the ball, or throws the ball to first.

An exception to this is if there is a runner on first base already. (This is because that runner would then have to go to second, and the defense could try and get 2 outs on the play. To prevent that from being able to happen, a batter is automatically out on strike 3 if the catcher does not catch ball, when there is a runner on 1st)

An exception to this exception is if there are already 2 outs, then the batter is not out even if there is a runner on 1st.

Infield Fly Any fair fly ball (not including a line drive or a bunt) which can be caught by an infielder with ordinary effort when first and second or first, second and third base are occupied, before two men are out. The rule is in place to protect against a team allowing a shallow fly ball to drop in with the intention of causing a force play at second and third or second, third and home. Otherwise, the team would be able to force out baserunners who had stayed put on a routine fly ball. In these situations, the umpire will declare “infield fly” for the benefit of the baserunners as soon as it is apparent that the fly ball qualifies as an infield fly. The batter is out even if the ball is not caught, and the baserunners can advance at their own risk. If the ball is caught, the baserunners can attempt to advance as they would on a typical ball caught in the air.

Unlimited Substitution – every player present will be placed on the line-up card in the batting order and will all bat in order; players are allowed to move in/out defensively without restrictions except that if the pitcher leaves the mound to play another defensive position, that pitcher may not return to the mound or catch in the same game (see fair play rule below); any player who becomes injured or must leave the game will be skipped in the batting line-up with no

FAIR PLAY RULE – A player is not to sit more than 2 consecutive innings during the game, and no player shall sit more than 2 innings in a game until all players have sat at least 2

Maximum 5 Run/Half Inning Rule – Once the 5th run of a half inning is scored the inning automatically stops no matter how many outs there are and the half inning is over. The last inning shall be an open inning

Lead Offs and Stealing are allowed

Defensive Players – Maximum of 9 players on the

Pitcher – may only pitch fastballs and change-ups 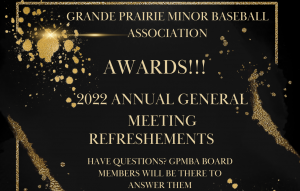 The Grande Prairie Minor Baseball Association’s annual Award ceremony and AGM is fast approaching, and everyone is invited! Tuesday November 22, 2022, in the Chuck 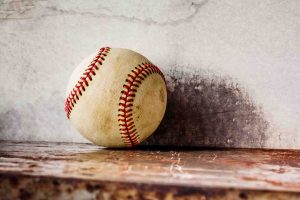 Get involved and join the organization!

We are in need of the following directors for the 2022 season! Technical director (will work closely with our REP director to organize camps and 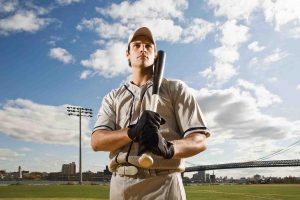 Changes that are in the works!

Grande Prairie Minor Baseball would also like to welcome some new individuals to our board as well as current board members stepping into new roles. 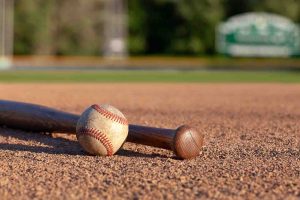 At the AGM it was announced that our Jr. diamonds will now be known as Ken Beaton Field.  This is the 2nd Ken Beaton field